This article is written in British English

This season's world was based on a large island where most of the Hermits established their bases with a lake referred to as Aqua Town in the center. The island was divided into seven districts based on different building themes. Throughout the season, many rival shopping corporations formed, including ConCorp, Sahara, and Idea. It introduced Demise. 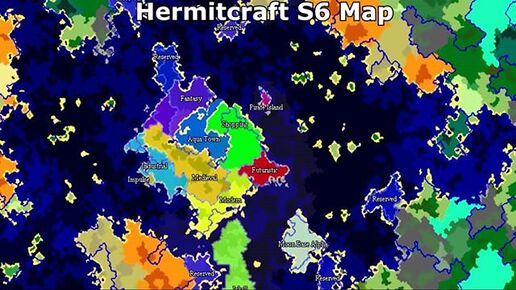 Whitelisted But Did Not Join

Rules for this season

The following are the main bases of each hermit.

The districts of the main hermit island are as follows:

Other Major Shops and Builds

To see all the episodes and videos made on Season 6, refer to.

Retrieved from "https://hermitcraft.fandom.com/wiki/Season_6?oldid=57402"
Community content is available under CC-BY-SA unless otherwise noted.